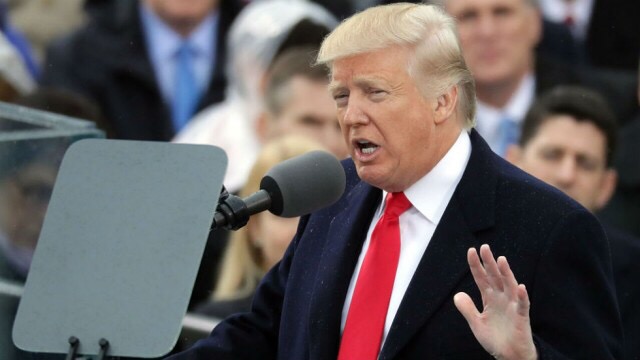 Posted a year ago…

For most of my lifetime I considered my country a great nation. The greatest really. It’s achievements are unprecedented.

In politics, our Declaration of Independence and Bill of Rights are a cornerstone to modern-day democracy.

In science we have landed men on the moon and returned them safely. In medicine we have developed vaccines for polio, yellow fever and Hepatitis B.

In technology, the internet was created along with the cell phone, Apple and Microsoft.We have split the atom and sent unmanned spacecrafts to the farthest edges of our galaxy. No nation has achieved so much in a short time period.

Militarily we helped the Allies in World War I defeat Germany. In the 2nd World War America was the Allied armory and major fighting force across Western Europe and in the Pacific Theater. Without the United States fascist Germany and Imperial Japan would not have been defeated. Later, America with Its military and economic might was alone responsible for victory in the Cold War.

Not to mention that the level of education and prosperity for its population had exceeded anything mankind has ever witnessed.

From Century to Century…

In the late 19th century, millions crossed the vast Atlantic to get a slice of the American dream. They left their homes to follow a vision of liberty and prosperity. Irish, Italians and Germans left their ancestral homes to become Americans. The United States became a burgeoning superpower whose industry and manufacturing capabilities were equal to or exceeded the rival European powers. Mark Twain called this our Gilded Age.

The 20th century saw a post World War II economic boom that was exclusive to America. While Europe and Asia were trying to dig out the rubble of war, the United States was educating its population and raising its standard of living to unprecedented heights. Industrial production flourished, wages increased and a consumer market expanded due to individual prosperity that encompassed the population as a whole.

At the turn of the 20th Century, America was sending it best and brightest to the Mission Field. From the remote Islands of the Pacific to the diverse cultures of Asia, America took the lead in spreading the Gospel. Early in the 20th Century, America began to outstrip its forerunner the British in numbers, and by the late 1920’s contributed about 40% of Missionaries worldwide. (Wikipedia) That trend continued until the 1960’s.

Economically, militarily and morally the United States was the greatest country  the world had ever seen. We were a nation blessed by God.

Is America in Decline?

Consider these statistics from Fortune Magazine:

Here are some other facts

These are just a few facts that supports the notion that the United States of America is a declining power.

This is shocking, because just a few short decades ago we were the lone superpower. Our economy and military strength were unchallenged. No enemy could stand up to us.

No enemy but the Enemy Within…

As Rome did, America is rotting from the inside!

Morality is hard to find…

And the list goes on and on. Alcohol and drug abuse, obesity, corruption in government and a failure of our Public Schools.

Why are we headed into an economic and moral decline.

Our Prosperity has a direct relationship with our morality.

The American Church is losing more and more of its influence.

A study conducted by The Barna Group discovered that nearly 60% of all Christians from the age of 15 to 29 are no longer actively involved in their Church!

Another survey conducted found that 52% of all Americans believe that at least some non Christian faiths can lead to eternal life.

LifeWay research states that 46% of Americans never think about going to either Heaven or Hell.

Who Can Lead Us Out?

As I scroll social media I find that most feel that the next president will be able to pull us out of our circumstances or at least get the ball rolling in the right direction.

Although many make promises, few politicians live up to those promises. Our leaders are just a reflection of those who put them into office.

Unless we are willing as a nation to get back to the basics of our Christian Heritage, we will continue to slide into weakness and destruction.

We need to get back to our Faith!

However it will take more than our faith to pull us out of this ditch.

We need a FAITH-REVOLUTION! Revival in every one of us!

A Grassroots movement that will start in each heart and be transformed in our home, our church and our community.

Working tirelessly to strengthen our home in morality. Taking that same effort to our local church, our work and our communities. Standing firm on Christ’s precepts.

but you shall receive power when The Holy Spirit comes on you….(Acts1:8)

So let’s not look to the candidates available, but rather to ourselves and the empowerment given to us by the Holy Spirit.