Can Trump Weather The Storm? 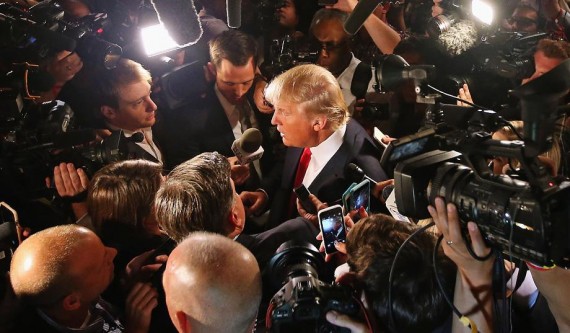 No President since Abraham Lincoln has taken office in a more devisive climate. From day one Donald Trump and his administration have been vilified by a biased media, delayed by the minority’s party, and betrayed by an embedded bureaucracy.

I live on the Gulf Coast near the epicenter of Katrina. I know a storm when I see one. You prepare for the worst, then make a decision; leave for safer ground or stay and fight the elements. Fighting the elements is not for the faint of heart. Danger comes from every direction and in many forms; wind, water, flying debris. If you stay, you stay to the end and meet the danger head on.

Lincoln took office in 1861 in the midst of a storm. He had one agenda; to unify the country on the issue of slavery. He argued a divided nation would not be able to sustain. Shortly before his inauguration, the South seceded. He understood the future of the Republic depended on his  Presidency.

He met this rebellion with a persistent commitment to preserve the union. He did not comply with his detractors. He stayed firm to the convictions and the policy that got him elected.

It took a Civil War to remove the threat of the Confederacy. Bloody battles were endured and early defeats were common, but in the end was victory and Lincolns legacy was established.

Trump’s agenda is manifold. Protect the borders, clean up immigration, spur the economy and create jobs. Generate better trade deals and protect against radical terrorists. A massive ambition to fundamentally change the status-quo.

With political appointees littered throughout the massive bureaucracy as well as the lower courts, it appears progressives still have some fight. They are using everything at their disposal to protect their Washington Establishment.

The question is will Trump weather their assault? The only support Trump has are the people who voted for him. Will this be enough?

I believe it will. Early indications are that he will live up to every campaign promise that got him elected. When his adversaries attack, he attacks back. Using twitter, hour long press conferences and campaign style rallies he speaks directly to his supporters and they love It.

He embraces and empowers them. They look to him as their champion against the cultural elites. They elected him for change and change they must get.The only thing that can stop him is not following through.

He must press toward fulfillment of his agenda. If he concedes an inch his opponents will smell blood in the water and few in government will come to his aid. His best defense is offense.

Its not Civil War, but the divide is profound. If he stays focused on the work before him, the storm will lessen and his legacy will be assured.